ON THE FOOTSTEPS OF ST. PAUL, IN TURKEY 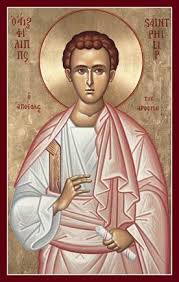 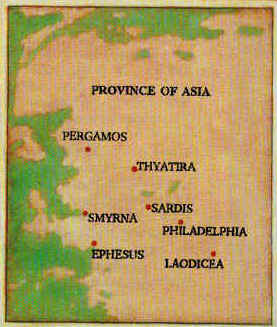 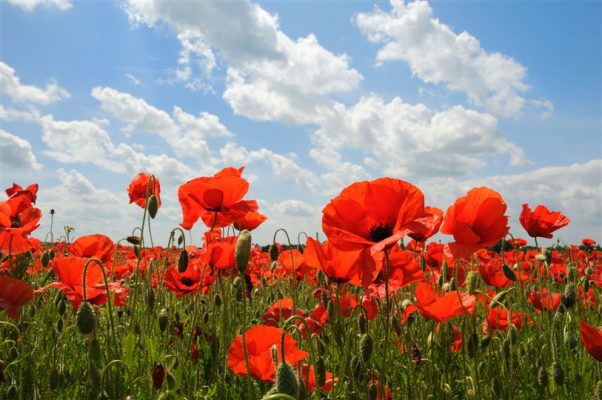 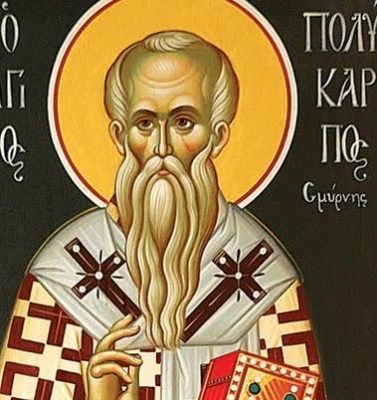 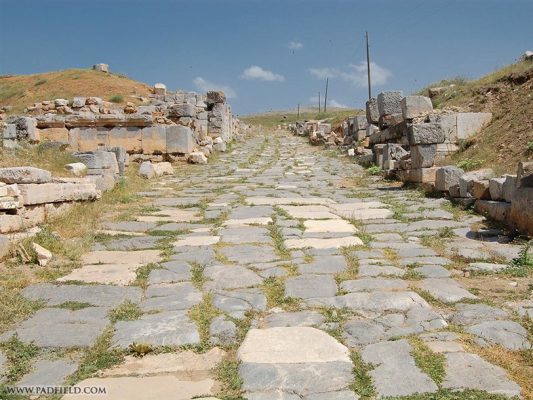 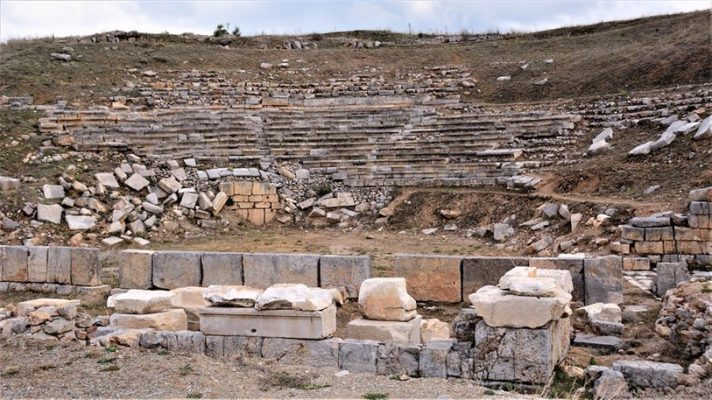 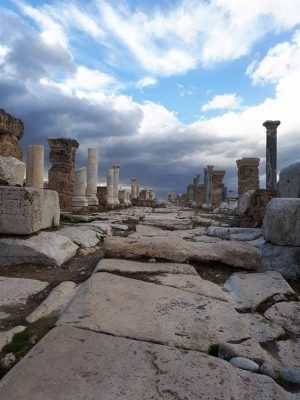 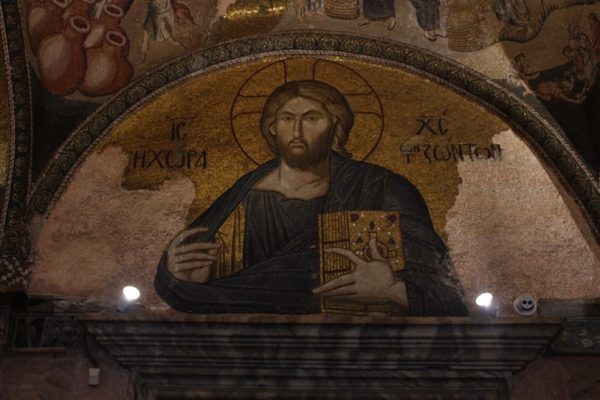 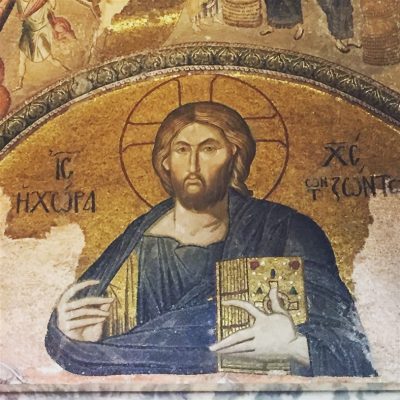 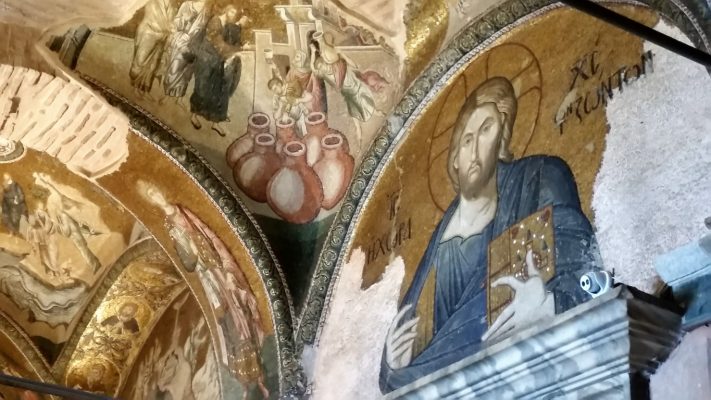 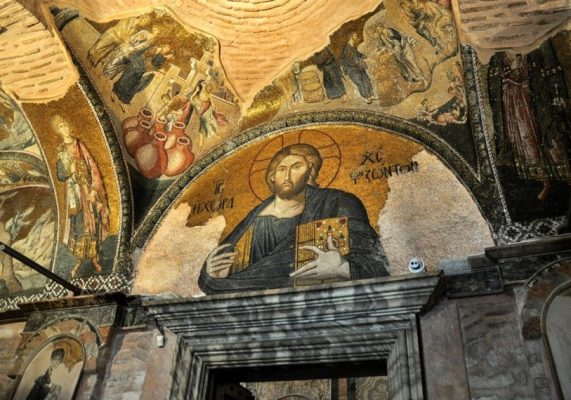 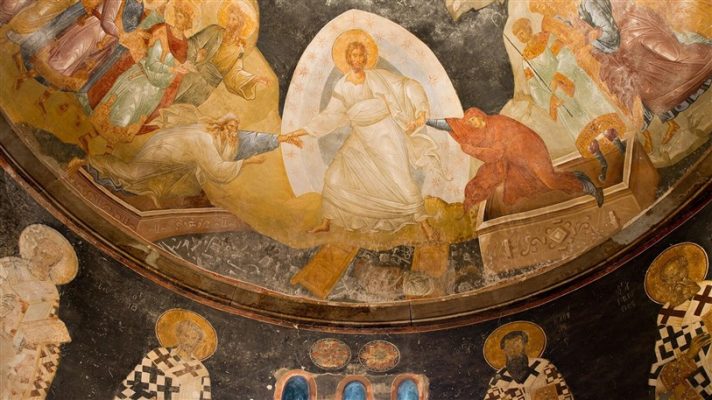 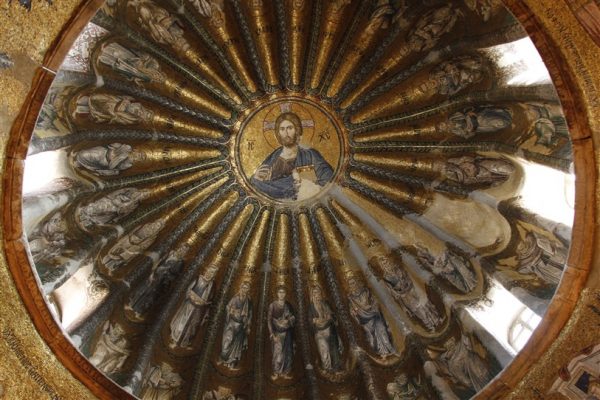 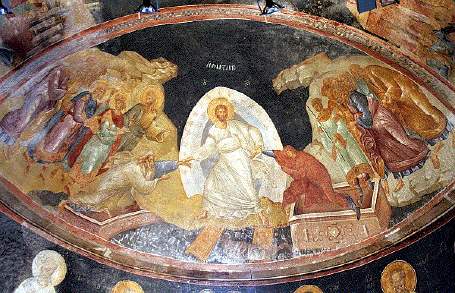 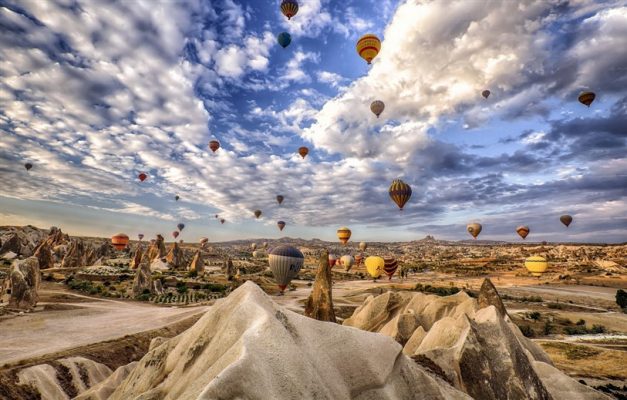 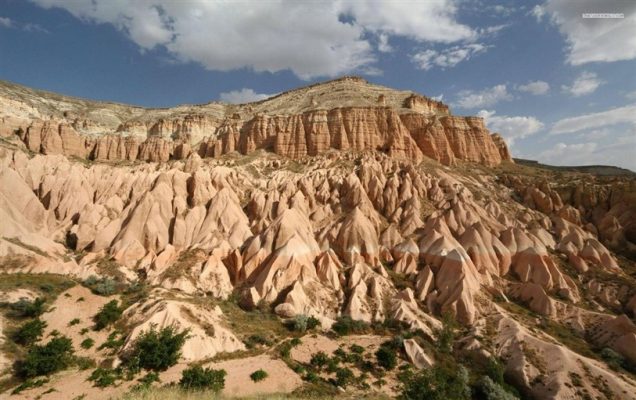 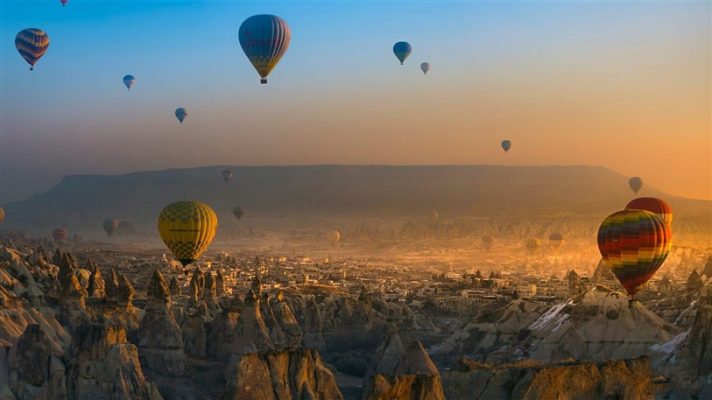 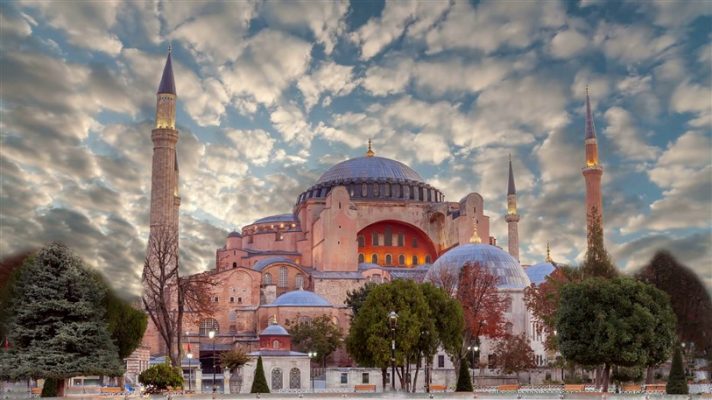 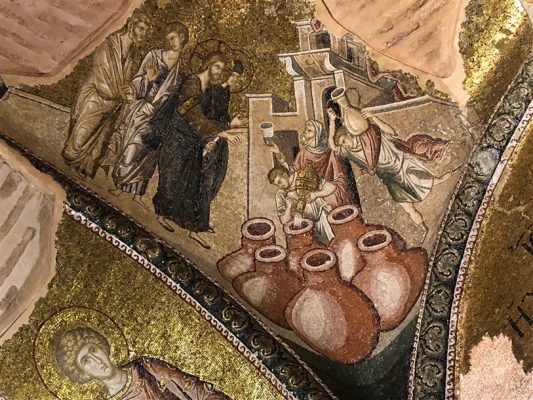 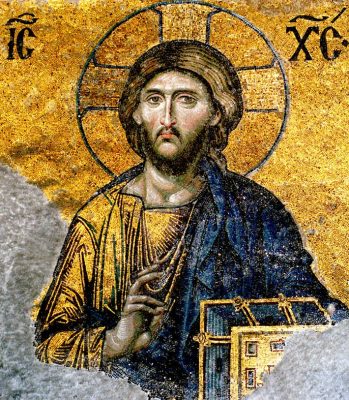 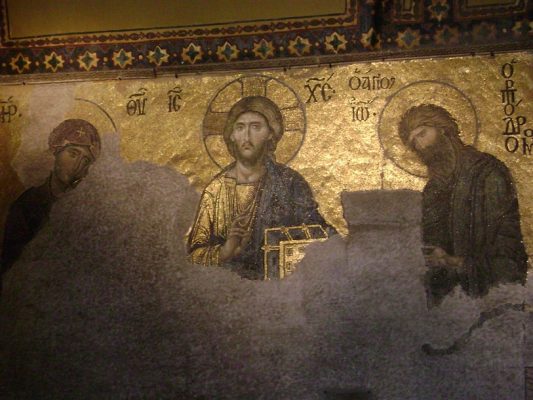 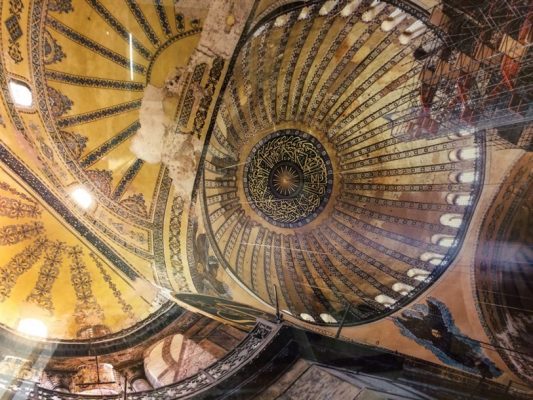 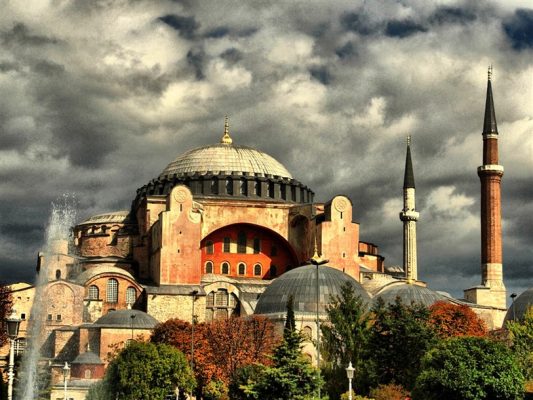 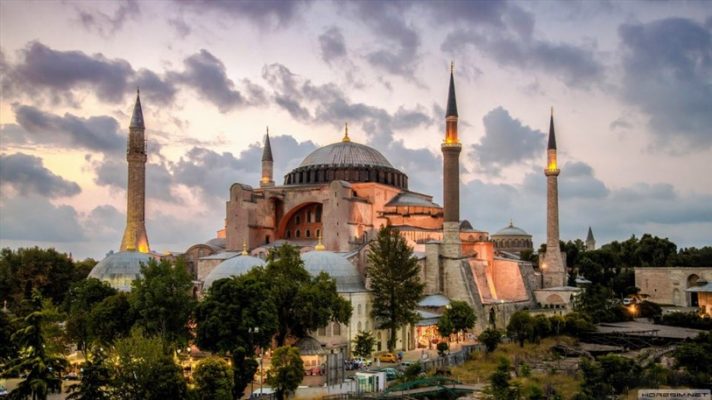 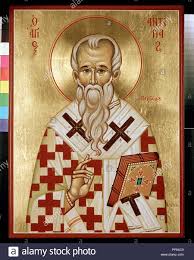 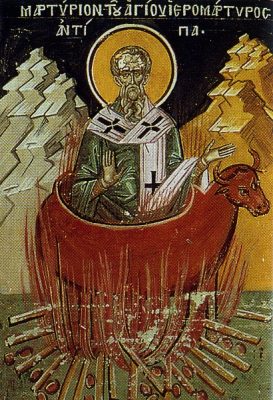 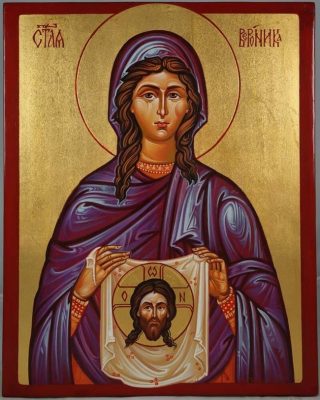 Arrive Istanbul Airport where our representative will meet you after passport control and baggage claim with a “Kaner Tourism sign. You will walk to the domestic airport and check-in to your Turkish Airlines domestic flight to Adana. Arrive Adana Airport and transfer to the hotel for dinner and overnight.

Morning drive to Antioch, the place where Jesus followers were first called Christians (Acts 11:26). Here you will visit the Church of St. Peter, a cave church reputedly where early Christians met in secret. At the new Antakya Archaeological Museum you will see one of richest collections of mosaics in the world. After lunch where you will taste Antakya’s famous dessert, künefe, you will go to the Seleucia Pieria, the port town from which Paul and Barnabas departed and returned on their first journey (Acts 13:4). Dinner and overnight in Adana.

From Adana you will drive to Tarsus, the home of the Apostle Paul. There you will visit the Roman baths and see the remains of the ancient bridge over the Cydnus River. You will next visit the Cardo Maximus street of Roman Tarsus and then Donuktaş, one of the largest temples of the ancient world. After lunch you will drive through the Cilician Gates in the Taurus Mountains and continue to Derbe visited three times by Paul visited. Paul and Barnabas spoke in Derbe and won many converts (Acts 14:20). Dinner and overnight in Konya.

You will first visit the ancient acropolis of Iconium in Konya’s city center. You then visit the archaeological museum and its important inscriptions mentioning Iconium, Lystra, and Derbe. Next you will visit St. Helena’s Church at Sille. In the afternoon you will visit ancient Lystra, the home of Timothy, visted by Paul on his three journeys. In Hatunsaray you will see the small open-air museum of antiquities from Lystra. Return to Konya for dinner and overnight.

You will depart early for Yalvaç, the site of the Roman colony of Pisidian Antioch. Paul visited this city on his three missionary journeys. His first recorded sermon in Acts 13 addressed the congregation of Jews and Godfearers in the synagogue. You will also visit the St. Paul Room in the Yalvaç Museum. Then you will make a scenic drive through Turkey’s lake country before descending through the Taurus Mountains to the plain of Pamphylia. Dinner and overnight in Antalya.

DAY 06/ PERGA – ANTALYA –MAGYDUS – ANTALYA
You will begin with a visit to Perga visited by Paul and Barnabas on their first journey (Acts 13:13-14). There you will see its well-preserved stadium and colonnaded street divided by a water channel. Returning to Antalya, you will see Hadrian’s Gate and the Roman mausoleum of ancient Attalia. After lunch you will visit Antalya’s renowned archaeological museum. Later in the afternoon you will take a boat ride from the port that Paul and Barnabas sailed from at the end of the first journey (Acts 14:25). Dinner and overnight in Antalya. (B,D)

Our morning begins with a breathtaking drive along the Mediterranean coast past the ancient cities of Phaselis and Olympos. You will visit Myra with its lovely Roman theater and Lycian tombs. Myra is best known as the city of St. Nicholas, where he served as bishop in the fourth century A.D. After visiting the St. Nicholas Church, we take a short ride to Andriake, where Paul changed ships on his way to Rome (Acts 27:5). There we will visit the new Museum of Lycian Civilizations and the newly discovered Jewish synagogue. Dinner and overnight in Kalkan.

You will first visit Patara with its restored assembly building and ancient lighthouse. Paul changed ships here on his third journey (Acts 21:2). You will then drive inland again over the Taurus Mountains to Laodicea, one of the Seven Churches of Revelation (Rev. 3:14–22) and addressed by Paul (Col. 4:13-16). Then you will drive to the unexcavated site of Colossae on the foothills of Mount Honaz, to which Paul wrote the letters to the Colossians and Philemon. Dinner and overnight in Pamukkale.

At Hierapolis you will walk through its extensive necropolis, then see its well-preserved theater as well as Philip’s Martyrium and basilica. Later traveling westward down the fertile Meander valley, you will pass Tralles and visit Magnesia on the Meander. Churches in these cities, later addressed by Ignatius in the early second century A.D., were probably started during Paul’s time in Ephesus. That evening you will participate in the inspiring Ephesus Meeting. Dinner and overnight in Kuşadası.

You will first visit Miletus with its four harbors and well-preserved theater originally built in the Hellenistic period and expanded in Roman times. Paul made a farewell speech here to the elders of Ephesus on the return leg of his third missionary journey (Acts 20:17–35). We will also visit briefly its small but informative archaeological museum. You will then visit Didyma, home to the Temple of Apollo, one of Turkey’s best-preserved ancient temples. After lunch you will drive to Priene, the best-preserved Hellenistic city in Turkey. Return to Kuşadası for dinner and overnight.

Today will likely be the high point of the tour for most of the group, as we visit the impressive biblical site of Ephesus. You will take a walking tour starting in the upper city at the State Agora, then walking downward to the iconic Library of Celsus and Tetragonos Agora. You will make a slight detour to see the exquisite terrace houses where the rich and famous citizens of Ephesus lived. Your city tour ends at the theater where 24,000 citizens shouted “Great is Artemis!” in a riot started in response to Paul’s ministry there (Acts 19:1–20:1). We will stop briefly to view the remains of the Artemis Temple, formerly one of seven wonders of the ancient world. In the afternoon you will visit the Church of St. John, where tradition holds that the apostle and revelator was buried. Nearby is the Ephesus Museum housing important artefacts from Ephesus. We then drive to ancient Smyrna, the second of the seven churches (Rev. 2:8–11). We will visit the Agora and its important collection of Greek graffiti, the largest from the ancient Greek East. Dinner and overnight in İzmir.

After breakfast you will visit the acropolis of Pergamum, one of Turkey’s most impressive archaeological sites with its steep theater and Altar of Zeus. You will continue your journey up the Aegean coast to stop briefly at Adramyttium, the home port of Paul’s ship (Acts 27:2). Arriving in Assos, you will visit the panoramic Temple of Athena and enter the West Gate along the same road upon which Paul entered Assos at the end of his walk from Troas (Acts 20:13-14). Dinner and overnight in Assos.

After visiting the Apollo Smintheion temple, you will continue to Alexandria Troas where Paul raised Eutychus from the dead (Acts 20:9). Troas was an important transit point for Paul, passing through its port at least three times. Then you will next visit the legendary city of Troy and see the replica of the wooden horse. After crossing the Hellespont or Dardanelles, our bus will take us to ancient Constantinople. Dinner and overnight in Istanbul.

DAY 14/ ISTANBUL
Today you will explore the wonders of Istanbul. You will start at the Hippodrome and see the monuments on its spina. Nearby is the historic Blue Mosque. After briefly stopping at the Golden Mile of the Egnatian Way, You will visit the magnificent Hagia Sophia, a UNESCO World Heritage Site. From there you will visit the historic Hagia Irene Church. Afterwards you will walk through the scenic grounds of Topkapı Palace to Istanbul’s Archaeological Museum—one of the most celebrated collections in the world. Among its treasures are the Siloam inscription, the Gezer calendar, and the Thanatos inscription from Jerusalem’s temple mount. Dinner and overnight in Istanbul. 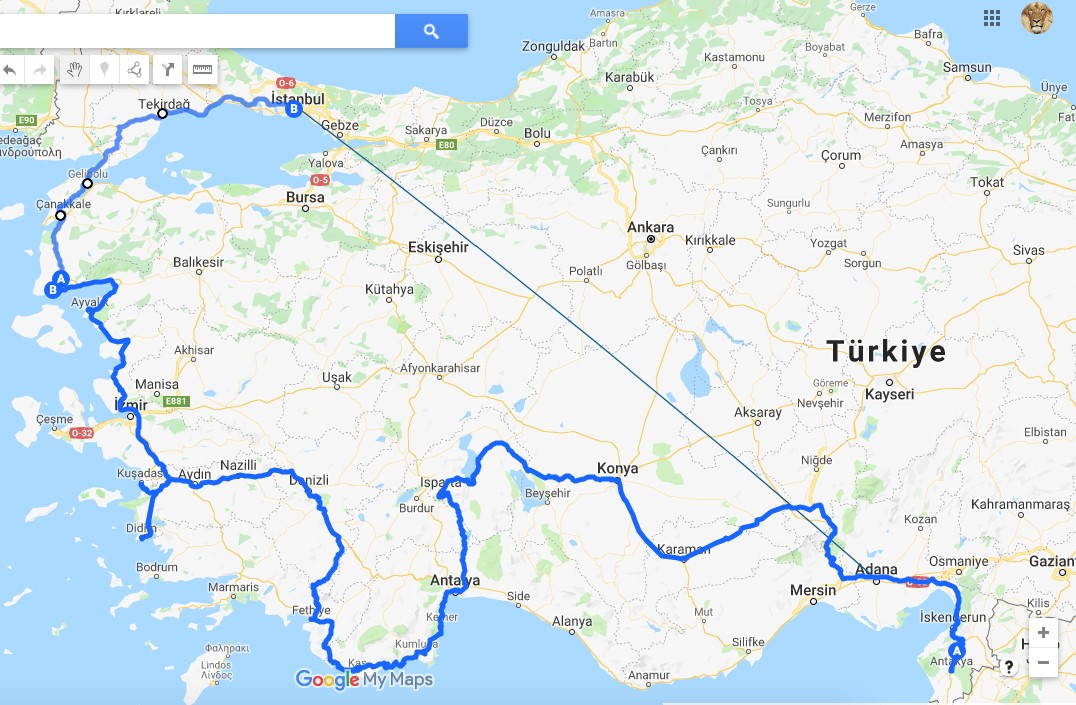